Is volunteer management software just too hard for elderly people to learn? 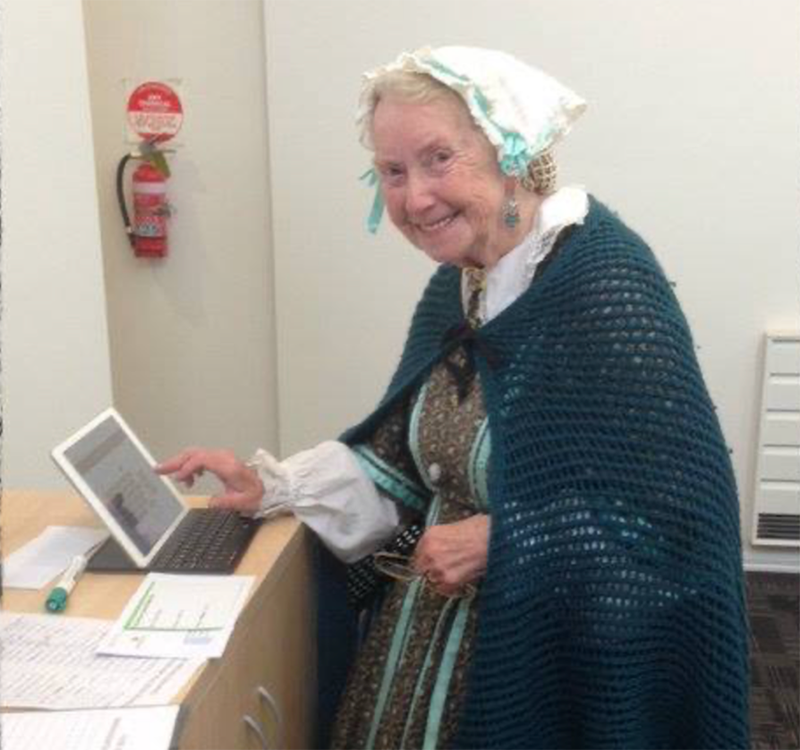 In the early days of online volunteer management software, there was a common belief that older volunteers couldn't use computers or software. Managers of volunteers would say that their older volunteers didn't have access to a computer or phone, or that they wouldn't be interested in using such technology. I’d like to challenge that notion.

Older adults can and do use computers and software, and they often enjoy the challenge of learning new things. Additionally, technology has come a long way in the last few years, and today's older generations are more comfortable using computers and smartphones than ever before. In this blog post, we will dispel the myth that older volunteers can't use technology and give you some tips to overcome some of the challenges that come with any system change.

In the early 2000s Microsoft asked older adults, who didn't go online, why that was the case. The researchers discovered it was not because they didn't think they could: it was because they saw no reason to bother with it. Compared to two decades ago, there are significantly more reasons today for older people to use the Internet including keeping in touch with family, banking, shopping, researching, travel and even dating. According to Damona Hoffman, a Los Angeles-based certified dating coach, for the decade before COVID, 60+ is one of the fastest-growing groups of online daters. And COVID has even accelerated that growth over the past two years, as it has with all the ways we use the internet. And it appears that this affect is not going to disappear anytime soon. According to Senior Living, roughly 75% of older adults with an internet connection report that they use it daily, and 70% of them using the Internet say their usage will stay the same or go up once they are no longer concerned about COVID.

It's also worth considering who these older adults are relative to the technology we're taking about. An 80-year-old today has lived over half their post-secondary school life since the first internet browser was introduced in 1992. Although new ways to use the Internet keep appearing, it's not exactly a new concept to today's seniors any longer.

In 2021, according to Statista, 75 percent of adults over 65 years of age said they used the internet and among the individuals 50 to 64 years, it was 96 percent. In reality, the number is likely higher as there are cases, such as kiosks, where volunteers check in when they volunteer or where the interfaces are simple touch pads that look and feel nothing like connecting to the internet. As such, one might easily be using the internet and not even realize it.

This leads us to another important point. It's not an all or nothing scenario. You can have access to a full suite of volunteer management software tools and your volunteers can have access to their portal in the system, even if some volunteers don’t use all of what’s there for them, or even any of it. The time you’ll save using modern, dedicated volunteer management software will make it easier for you to engage all volunteers, including those who require more of your personal time.

When Marjorie, (in costume for her volunteer role at a period museum) was asked to start signing in and out of her shift using an iPad, her only question was, “What’s an iPad?” Within a couple of minutes of instruction, Marjorie was fully capable of signing in and out, which automatically logged her hours and began saving valuable staff time.

As with the introduction of any new system though, there may be some hurdles to overcome. Here are a couple we've heard about and some possible ways to get past them.

Fear that they'll make and a mistake with it (or worse, break it).

They don't understand why the change is necessary.

When the Civic Centre Music Hall (where a high proportion of older adults volunteered) began using our volunteer management software, 75% of the volunteers logged in during the first year. The following year it was 90% and in the third year it was 100%. And that was twenty years ago!

If you are hesitant to use dedicated volunteer management software because you think your volunteers are not ready for it, rest assured, they are. And after you get up and running with a new system you and your volunteers will look back and wish it had happened a lot sooner.

Are you seeking a better way to save time, money and mitigate risk? Learn about Better Impact's Top-Rated Volunteer Management Solution
Volunteer Impact.

7 things to consider when looking for volunteer engagement software

I am sometimes asked for my views on volunteer management software. Which products are best? What...

There is no question that digital transformations have accelerated since the pandemic started. If...

How to build your business case to get volunteer management software

There is no doubt that volunteer management software (VMS) can be a huge help for not-for-profit...