Why volunteer hours are NOT the Holy Grail

If a nonprofit or charity truly values the time of their volunteer (and they all proclaim they do), why is there always pressure on Managers of Volunteers to continually increase the number of hours volunteered, without a correlated look at what outputs are generated with those hours?

“How many hours did we get from volunteers?” is the wrong question, but sadly it is the one on which the sector is currently focused. The right question is “What is the relationship between the number of hours of volunteer time that we consumed related to the value of what got accomplished?”.

Consider the information below about a hypothetical nonprofit.

In most of the organisations with which I have worked, the reporting that is requested of Managers of Volunteers from senior management focuses on reports such as those above and in almost all of them, a Manager of Volunteers would be considered to be failing in their job if the number of volunteer hours decreased every year. In many cases those hours are looked at as time that would have had to have been ‘paid for’ or as associated with services that would not have been delivered had the time not been volunteered. Both can be false assumptions.

What if we add more data to the picture? (assume for now that all this organisation does is plant trees)

With some added information, it turns out this Manager of Volunteers has been doing a great job and should be congratulated for accomplishing more with less. How did she do it?

The point is that from a resource management perspective, year 4 is far better than year 1.

When the right question is not asked, the answer leads us astray.

Some of you may have raised your eyebrows on the point about “buying better shovels”, and if you did so because you recognised that the cost of those shovels needs to be included somehow in this analysis, pat yourself on the back: you are correct. If however, you did so because you thought it was wrong to spend money on better shovels when you had the option of letting volunteers work inefficiently since they are ”free”, get someone to kick you in the back-side!

I believe that if we truly value the time of our volunteers we should operate under the premise that we are spending their time, just like we spend cash. And further, in the same way that we spend cash, we should spend as little of it as needed in order to accomplish our mission. 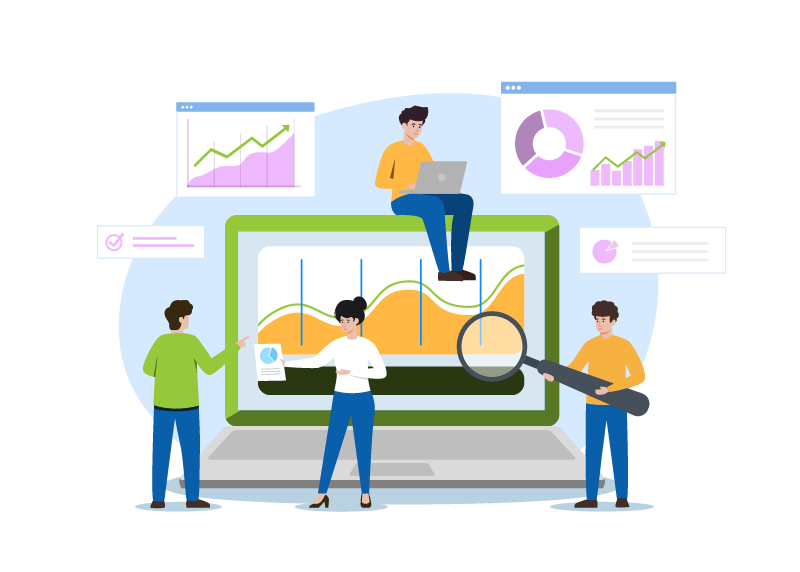 There is an economic principle to support my belief in this; it is the Principle of Scarce Resources. The important element of the Principle of Scarce Resources is not that something can’t be found, but rather, that a consumable resource can only be used once. A single dollar cannot be used to make two separate purchases and a person cannot volunteer the same hour in two different places. That we choose how to spend that dollar or that hour of our time demonstrates the similarity between the two. As they are similar in nature we should treat them the same:

Consume as little as possible to achieve our mission.

I also recognise that sometimes money is harder to come by than volunteer hours so the option to purchase the “better shovels” might not always exist, but that does not break down the rationale of looking at volunteer time as something we spend and should try to minimise. Scheduling volunteers in a manner that better aligns with needs and providing volunteers with better training can reduce the number of hours consumed with little or no increase in cost.

The adoption of the approach above can lead not only to the more efficient consumption of volunteer resources, it opens the door to better management across an organisation as a whole. Financial reporting in nonprofits only tells a portion of the story. By their nature nonprofits more or less break even each year. The dollars spent are equal to the dollars they take in.

The following table represents the essence of financial reporting in the nonprofit sector (albeit simplified). It shows the two years of an organisation as working at similar levels financially in that they both have neither a profit nor a loss, but are seemingly underperforming on donations/revenue in year two.

Let’s look at how these two years compare if we add something new to the reporting.

All other things being equal, Year 2 has clearly outperformed Year 1 since the same job got done while consuming fewer resources. If these were two different organisations rather two years within the same organisation, to which one would you rather make a donation?

The financial records alone would not have demonstrated the differences in performance between these two years. In both years the organisation ran a balanced budget.

The path to the right answer begins with the right question

Because of the arithmetic simplicity of both of the examples above we can intuitively see which year had the better performance. The application of this in real world though needs some means of comparing the data along some similar element. The return on investment formula,

provides us with that common element.

Key to this methodology are three things.

For some organisations, putting a value on the outputs can be fairly easy while in others it can represent the biggest challenge in putting this model into practice. For organisations whose outputs are similar to something in the for-profit sector, a monetary value for these outputs is easy to derive: use the same value the commercial sector uses. If your nonprofit does tax returns for people who need help with them but can’t afford it, use the price you would have to pay if you went to a commercial service for one.

In other situations, putting a dollar value on something such as a friendly visit in a hospital is more difficult but it is possible (although outside the scope of this article). Where it is deemed that actual dollar values simply cannot be placed on the outputs of your organisation, the ROI model can still be used but the results have to be looked at slightly differently because dollars are used to value inputs and something else is used for outputs whereas the equation is designed to compare apples to apples. Rather than place a dollar figure on each output, place a Mission Points value where the various Mission Points assigned to the various outputs indicate the relative degrees in which each one contributes to your mission.

What are your thoughts and experiences to this topic?

Is your Volunteer Organization seeking a better way to save time, money and mitigate risk?

How to be laser focused on your mission

The investors on Dragon’s Den are ruthless. They are there to find ways to make a buck and that is...